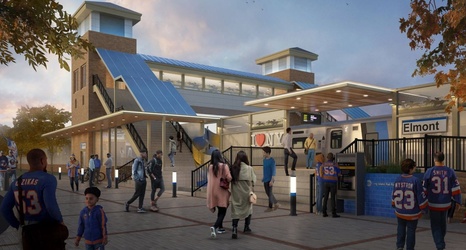 The Elmont Station, as seen in this rendering, will serve the proposed 19,000-seat arena for the New York Islanders at Belmont Park. Photo Credit: Empire State Development Board

It's not often that the nation's oldest commuter railroad adds a new station. In fact, it has been 43 years since it last did so.

Although many details of the project, and its impact on LIRR riders and nonriders are unclear, much already is known.