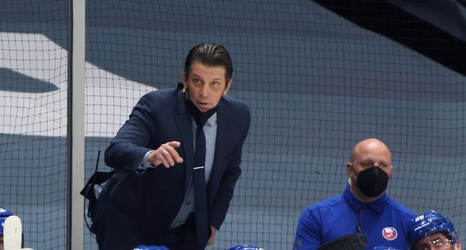 The Islanders have named their successor to Barry Trotz. And it was the guy who’s been standing next to him for several seasons.

Lane Lambert had been a hot name for coaching openings from Colorado to Anaheim and a few other places. He’ll finally get his chance to be an NHL head coach as he steps into the position behind the Islanders bench, the team announced today.

“I had the opportunity to work with Lane over the past four years, which includes spending time with him on a one-on-one basis when he served as the interim Head Coach this past season,” Islanders President and General Manager Lou Lamoriello said.