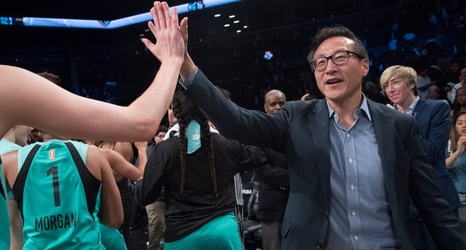 The Brooklyn Nets appear to be on the verge of landing another marquee name.

Minority owner Joseph Tsai is set to purchase the remaining portion of the squad, according to reports from Josh Kosman and Brian Lewis of the New York Post.

Tsai, 55, purchased a 49% stake in the team for $1 billion last year. He is now reportedly closing in on a deal to buy the entirety from Russian billionaire Mikhail Prokhorov. Last year’s deal gave Tsai buying rights for $1.35 billion in 2021, but it appears he is enacting his rights two years early.