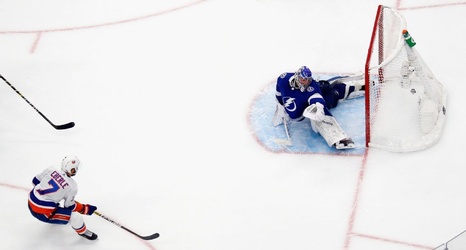 EDMONTON, Alberta -- Jordan Eberle scored on a two-on-one break 12:30 into the second overtime and the New York Islanders avoided elimination with a 2-1 win over the Tampa Bay Lightning in Game 5 of the Eastern Conference final on Tuesday night.

Semyon Varlamov stopped 36 shots and Ryan Pulock also scored for the Islanders, who cut the Lightning series lead to 3-2.

Game 6 is on Thursday night.

The decisive goal came after the Lightning won a faceoff in the Islanders' zone.