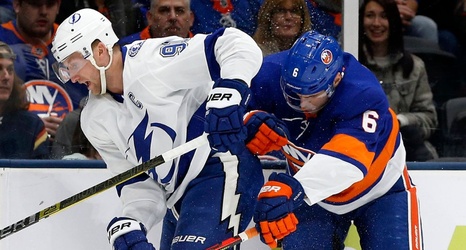 TAMPA, Fla.—The Islanders kept defending, both at even strength and on the penalty kill. It finally led to a lopsided win.

Sure, the Lightning hit three posts over the course of the game and had some wacky bounces go against them. But that did not detract from the full effort of the Islanders’ 5-1 win on Monday night at Amalie Arena.

The Islanders (20-7-2) put a pregame premium on staying out of the penalty box, both because the Lightning entered the game second in the NHL at 27-for-90 (30.