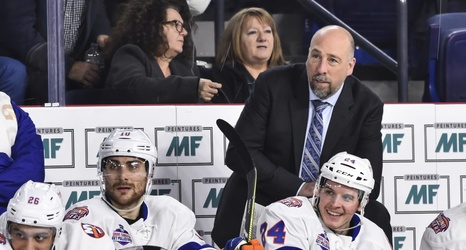 When Lou Lamoriello was hired and decided to move on from Doug Weight, I wrongly assumed that Brent Thompson would get the boot as well. Thompson has been with the New York Islanders organization since the 2011-2012 season.

He acted as Bridgeport's Head Coach before getting a promotion to Jack Capuano's coaching staff for two seasons before returning to the Sound Tigers for the 2014-2015 season. For some reason, the Islanders liked what Thompson was doing and decided to keep him on board.

The reason why this comes as a big surprise is because the Islanders have had very little success when it comes to developing forwards.