Islanders: When Were You Most Mad At The Team? 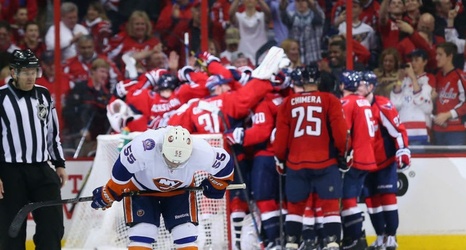 WASHINGTON, DC - APRIL 27: Johnny Boychuk #55 of the New York Islanders reacts at the end of a 2-1 loss to the Washington Capitals in Game Seven of the Eastern Conference Quarterfinals during the 2015 NHL Stanley Cup Playoffs at Verizon Center on April 27, 2015 in Washington, DC. (Photo by Bruce Bennett/Getty Images)

Every sports fan has a point when they were mad at their team. As an Islanders fan when were you most mad at the team or a decision?

Islanders fans have a lot to be angry about. Just go on Twitter for three seconds and you’ll find someone on there complaining about something.