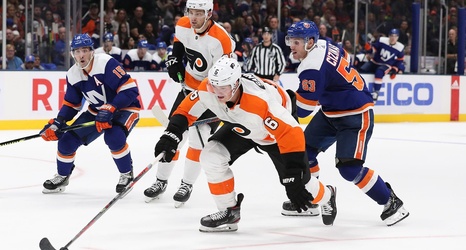 After a two day break, the Islanders are back in action to faceoff against the Philadelphia Flyers. Unlike the Islanders, the Flyers played just 24 hours ago in Ottawa. A game the Flyers lost by a score of 2-1.

The Islanders come into Philly with a 13 game point streak going. The Islanders haven't lost in regulation in over a month. Their last regulation loss came at the hands of the Carolina Hurricanes on October 11.

That 13 game point streak includes a 5-3 win over the Flyers at home on October 27. A game that featured a combined 24 minutes in penalties thanks to a fight between Ross Johnston and Chris Stewart.