Islanders suffer their eighth straight loss, and fourth straight at UBS Arena, with defeat to Penguins 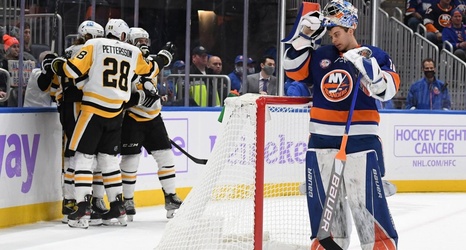 It didn’t matter the makeshift Islanders played a much better game with a hard-working effort. Their struggles to score continued, as did their losing streak.

It’s eight straight now after the Penguins won, 1-0, on Friday night to conclude an opening, four-game homestand at UBS Arena. The last-place Islanders (5-10-2) were blanked for the third time in seven games and have just nine goals in their last nine games.