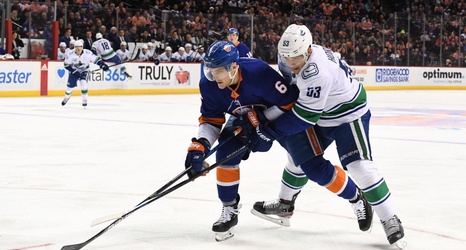 The back-to-work Islanders, playing for the first time in 10 days, know they have to get back to winning.

It didn’t happen on Saturday afternoon as the Canucks won, 4-3, in overtime before a crowd of 14,862 to open a three-game homestand at Barclays Center.

The Islanders (29-15-6) have been in their extended All-Star break/bye week vacation since a a 4-2 win over the Rangers at Madison Square Garden on Jan.