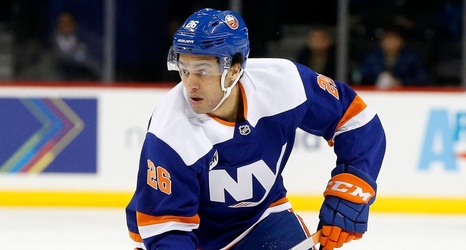 Joshua Ho-Sang of the Islanders skates in the first period against the Senators at Barclays Center on Dec. 28, 2018. Photo Credit: Jim McIsaac

The Islanders announced Monday that they have signed two of their three restricted free agents, forwards Michael Dal Colle and Josh Ho-Sang. Both players were first round picks in 2014. Dal Colle, 23, was taken 5th overall and Ho-Sang, also 23, was taken 28th.

Dal Colle, who split last season between the Islanders and their Bridgeport (AHL) farm team, signed a two-year deal, while Ho-Sang, who spent most of the season in Bridgeport, agreed to a one-year deal.