Islanders Should Abandon the Two-Goalie System 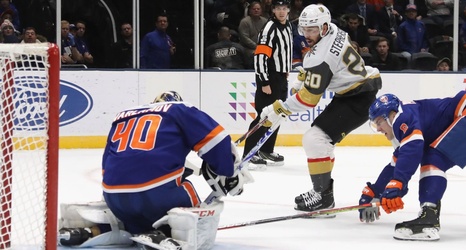 Let me start off by saying that the Islanders are very lucky to have two strong goalies. Varlamov and Greiss both rank in the top 10 in SV% and GAA out of all the NHL goalies who have appeared in at least 15 games.

Having two solid goalies, like Varlamov and Greiss, is a luxury uncommon to most teams. It is also a luxury which the Isles have used, and should continue to use, to their advantage. That being said, I have a couple of concerns with the two-goalie system.

The first concern is that this system makes it difficult for Varlamov or Greiss to get in any type of rhythm.