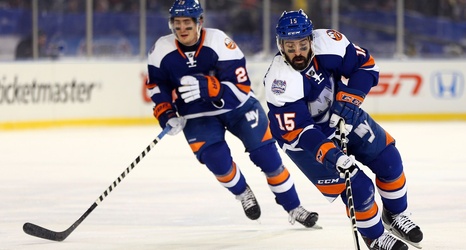 The New York Islanders haven't played an outdoor game since 2014, but in 2021, that could change. Judd Zulgad of SKOR North indicates that the Isles are emerging as a possible opponent for the Wild at the marquee event hosted at Target Field.

There isn't a rivalry to speak of between the Islanders are Wild, on account of these teams only playing 27 times since 2001. So seeing the Isles linked here is a bit odd. But getting the Islanders on national TV, in a premier NHL event is all that matters.

The St Louis Blues seem like the best bet for an opponent to the Minnesota Wild in an outdoor game.