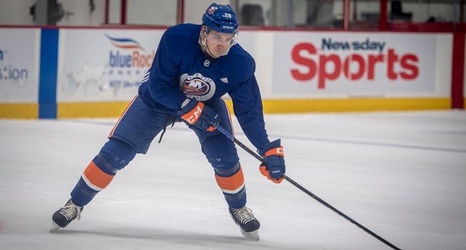 Michael Dal Colle’s sum total of postseason experience since the Islanders drafted him fifth overall in 2014 was three games with Bridgeport in the AHL playoffs in 2016 shortly after concluding his junior hockey career.

But Dal Colle is in line to make his NHL playoff debut in Game 3 against the Hurricanes on Wednesday night in Raleigh, North Carolina, if injured right wing Cal Clutterbuck is unable to play.

“You’ve got to be dialed in,” said Dal Colle, who has never been in PNC Arena. “Our team is in a hole right now so you’ve just got to take it one game at a time.