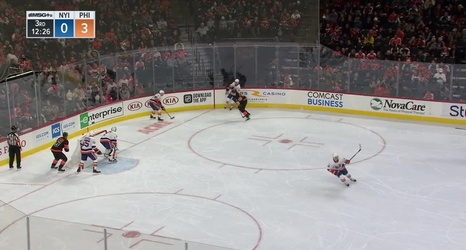 There's no better way to say it; Good teams find a way. The Islanders, down 3-0 going into the third period found a way to claw their way back into the game against the Philadelphia Flyers and eventually take two points in the shootout.

By the third period, most of us had settled into the notion that it just wasn't the Islanders night. They were down 3-0 and just couldn't catch a break. And that's fine. It was going to happen at some point.

But Barry Trotz and his team dug deep, hung in there, and found a way to dig themselves out of a 3-0 hole to win 4-3 in a shootout.