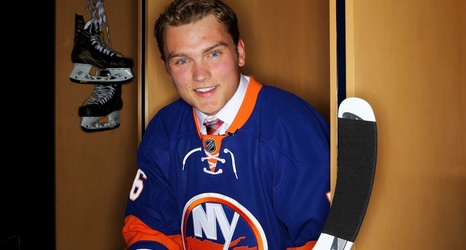 Just a few weeks ago, I wrote how it's time to start getting concerned about Kieffer Bellows. While I admitted my concern, I avoided the use of the "b word" stating it is far too early to call the New York Islanders first-round pick from 2016 a bust.

Since then, he has gone on an absolute heater. The goals began pouring in and last night was his first career hat trick at the professional level.

In Bellows' last 13 games he has 12 goals bringing him up to 16 points on the season after a pitiful start.