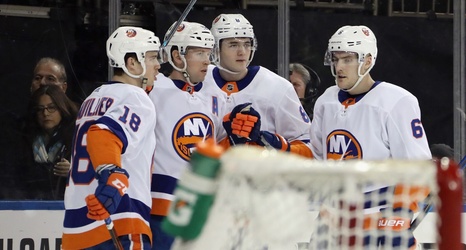 The New York Islanders power play has been awful for a while now. In 2018-19, they finished near the bottom of the league with a 14.5 percent efficiency on the man advantage (ranked 29th), scoring 33 goals on 227 opportunities.

This year, things are going better with an 18 percent efficiency before taking on the Rangers at MSG for the third time in two weeks. But over the 14 games leading up to Tuesday's game, the Islanders have only two power-play goals, on 27 opportunities.

But against the Rangers, the Islanders were able to notch two power-play goals in a game for the first time since December 21.