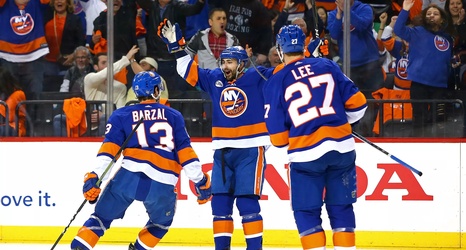 The Islanders are getting the annual 31 in 31 treatment today at the NHL mothership as the 19th NHL team in alphabetical order, so there’s plenty of Isles-centric content related to that.

I wonder how they’re going to title that preview schedule when the Seattle ____________(s) join and the league constitutes a greater number of teams than there are days in August. Maybe by then the Ottawa Senators will have been relegated to the AHL.

The series comes in five parts: