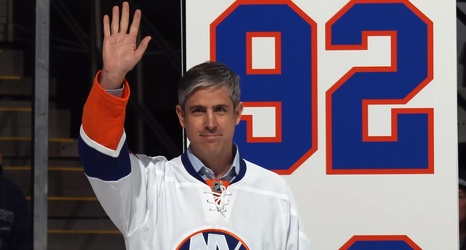 The New York Islanders were back on the ice yesterday, shaking off bye week rust and enjoying giving Mathew Barzal trouble for being the “fastest skater in the NHL” while being the second-fastest on his own team.

They are back in action tomorrow, at last, against the Canucks.

#Isles Barry Trotz on All-Star Mathew Barzal winning the NHL's fastest skater competition: "Mathew took a lot of ribbing. He heard he’s second fastest on the team (after Nick Leddy) but he’s the fastest in the NHL. I think he was taking a good ribbing.