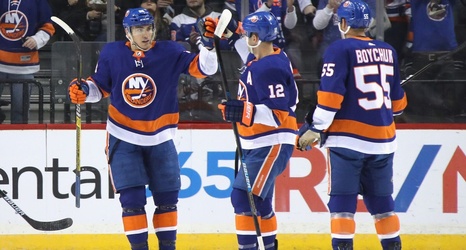 To say Michael Dal Colle's career has gotten off to a slow start with the New York Islanders would be an understatement. The former top-five pick has just 17 points in 70 career games in the NHL as we approach year six since he was drafted.

While Dal Colle will never reach the potential everyone thought he would way back in 2014 there is still hope that he can be a competent third-line player. Over the last few games, he has definitely shown that ability.

Over the last five games, he has four points including two goals.