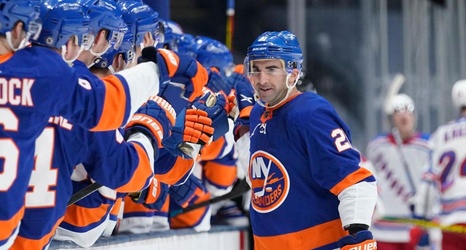 Robin Lehner, a former Islanders goaltender, caused a stir on Wednesday when he criticized the NHL and NHLPA for allegedly not following through on a promise to loosen COVID-19 restrictions after players are vaccinated.

Lehner, now a Golden Knight, called that a "blatant lie" and argued the league must take players’ mental health into consideration in setting its policies. Lehner long has been public about his own battles with mental health.

The NHL countered that it had made no specific promises about post-vaccination changes such as those implemented by the NBA and MLB.