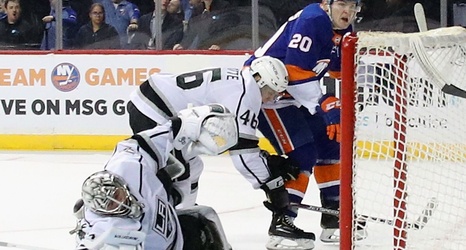 How long have New York Islanders fans been calling for Kieffer Bellows to be called up from the AHL? Months? The Isles have long needed goal-scoring and for months now Bellows has been doing just that at the AHL level.

Between November 27 and December 28, Kieffer Bellows, the Islanders 19th overall pick in 2016, scored an incredible 12 goals in 13 games for the Bridgeport Sound Tigers. But in the AHL he remained.

Finally, on February 3, the Isles brought up their goal-scoring prospect to see what he could do at the NHL level.