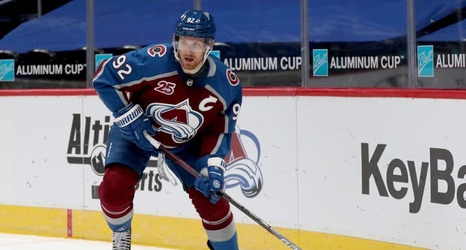 DENVER, COLORADO - JANUARY 26: Gabriel Landeskog #92 of the Colorado Avalanche brings the puck off the boards against the San Jose Sharks in the second period at Ball Arena on January 26, 2021 in Denver, Colorado. (Photo by Matthew Stockman/Getty Images)

The New York Islanders are reportedly a preferred destination for Colorado Avalanche star Gabriel Landeskog, who could become an unrestricted free agent in a few weeks. Landeskog is reportedly considering six destinations:

Teams Gabriel Ledeskog will have interest in signing with in the event he can’t come to terms with his current club, the #GoAvsGo.