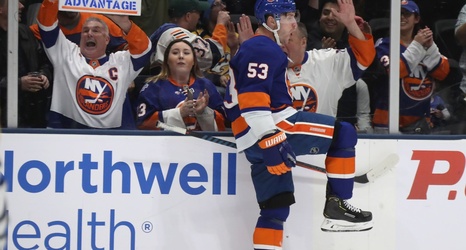 It's no secret that the New York Islanders offense has struggled this season. In fact, the Islanders 122 goals scored currently ranks last among all currently-eligible Eastern Conference playoff teams, an "honor" they've held for most of the season. One player who is not to blame for this dearth of scoring, however, is Casey Cizikas.

It was not too long ago that Cizikas was little more than a gritty, hard-checking fourth-liner. Sure he might score the occasional goal, but he was a lot more likely to be pressed up against an opponent on the glass then he was to set off the red light.