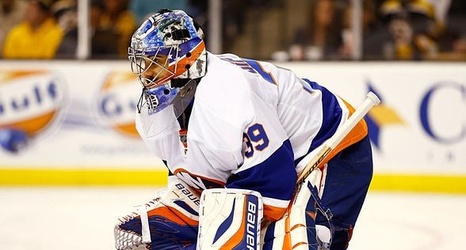 Well, that wasn't fun. The New York Islanders welcomed in the cellar-dwelling New Jersey Devils who somehow outworked the Islanders in their own building on National TV. In the first period, no goals were scored on either side.

It was both Mackenzie Blackwood and Semyon Varlamov standing on their heads making numerous big saves. After one period of play, shots were 11-9 in favor of the Islanders.

It appeared like the Islanders would get on the board quickly in the second but that was nullified. Leo Komarov appeared to score his first goal of the season but it was quickly called back for goalie interference.