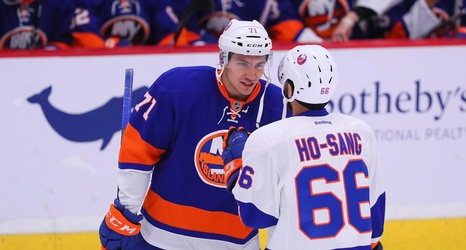 Last week Lou Lamoriello told Newsday’s Andrew Gross that two of the three key restricted free agents had already agreed to deals. Come collect your prize if you guessed that they were Michael Dal Colle and Joshua Ho-Sang. (Anthony Beauvillier remains without a deal.)

Today the Islanders announced extensions with the two wingers, with Dal Colle getting a two-year extension and Ho-Sang one. Terms were not disclosed.

The 2019-20 season will be big years for both players, whose stocks have ebbed and flowed since both were selected in the first round of the 2014 draft.