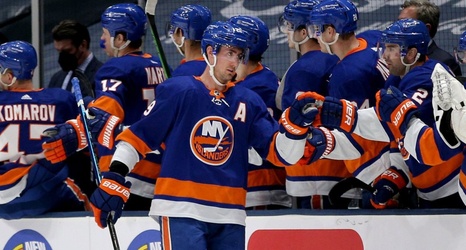 If this was indeed the playoff-bound Islanders’ final regular-season game at Nassau Coliseum, they gave the outdated but beloved barn a worthwhile farewell.

Reversing their sluggish play from a three-game, post-clinching losing streak, the Islanders beat the Devils, 5-1, on Saturday night. The passing was crisper, there was good structure in their defensive game and they consistently got pucks deep.

The Islanders (32-17-6) still have a slim possibility of finishing third in the East Division. They must win in regulation in Monday’s season finale in Boston and then have the Bruins lose in regulation in their last game on Tuesday in Washington.