Islanders Derick Brassard isn't effective away from Beauvillier and Brock 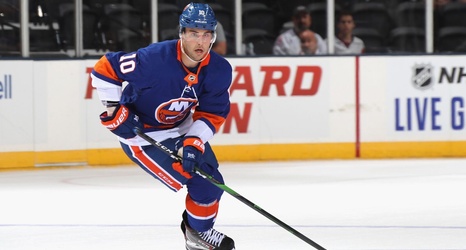 The New York Islanders are looking to buy at the trade deadline. Ideally, they'll bring in a top-six winger who can score goals. If they do, that likely means Derick Brassard will be bumped down to anchor line three. Like he was brought in to do during the offseason.

That shouldn't technically be an issue for the 13-year NHL veteran center. He's been around the block, he should be able to carry a third line that's being asked to contribute some depth offense while playing some responsible defensive hockey.

But when Derick Brassard is away from Brock Nelson and Anthony Beauvillier, he just can't perform.