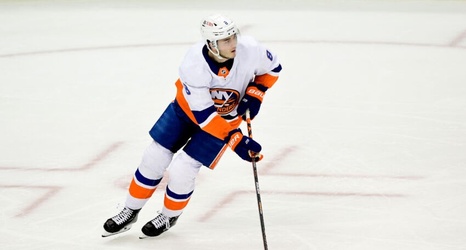 PITTSBURGH, PENNSYLVANIA - MAY 18: Noah Dobson #8 of the New York Islanders stickhandles the puck against the Pittsburgh Penguins during the second period in Game Two of the First Round of the 2021 Stanley Cup Playoffs at PPG PAINTS Arena on May 18, 2021 in Pittsburgh, Pennsylvania. (Photo by Emilee Chinn/Getty Images)

Last season, the New York Islanders defense played a big part in getting the team as far as they did. The whole defensive unit played great and at times, won the game for the Islanders. With some shake-ups already taking place, this is how I see the defense shaping up for next season.