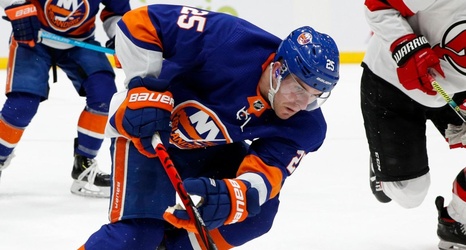 But coach Barry Trotz said it’s a balance at both ends of the rink that allowed Toews to quickly become a lineup fixture.

Toews played in his 100th regular-season game as the Islanders faced the Kings on Thursday night at Barclays Center. He has been in the lineup for every game since being brought up from the Islanders’ AHL affiliate in Bridgeport on Dec. 19, 2018 after Thomas Hickey suffered a concussion.

“He’s always been able to be a part of the attack, but I think he’s more selective,” Trotz said.