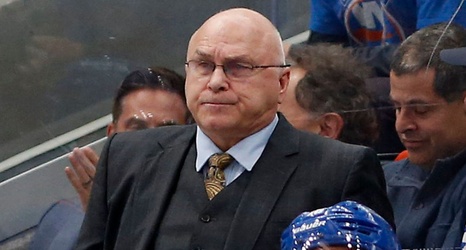 Islanders head coach Barry Trotz looks on from the bench against the Rangers at UBS Arena on Wednesday. Credit: Jim McIsaac

The Islanders were silent on Sunday instead of facing the Rangers at Madison Square Garden, their first of at least two games postponed because of a COVID-19 outbreak.

They might resume their season on Thursday against the Sharks at UBS Arena if they can go three straight days without any new positive tests. Casey Cizikas became the eighth Islanders player to test positive on Saturday, prompting the NHL to finally pause their season.

Yet the Islanders’ team health will still be in question whenever they do resume their season.