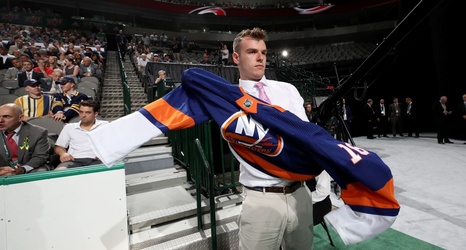 He was supposed to be a first-round pick in 2018. But after de-committing from Harvard and then the University of Michigan defenseman Bode Wilde fell to the second round where the New York Islanders selected him 45th overall.

Immediately after the draft, Bode Wilde showed all the doubters that he should have been taken in the first round. Playing for the Saginaw Spirit of the OHL, Wilde scored 19 goals and 70 points in 62 games played.

He was a dominant force for the Spirit as they went all the way to the third round of the OHL playoffs.