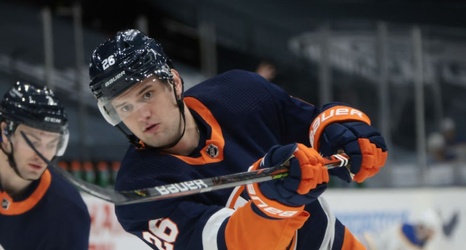 UNIONDALE, NEW YORK - MARCH 06: Oliver Wahlstrom #26 of the New York Islanders skates in warm-ups prior to the gatme against he Buffalo Sabres at the Nassau Coliseum on March 06, 2021 in Uniondale, New York. (Photo by Bruce Bennett/Getty Images)

Barry Trotz made two changes to his New York Islanders lineup for tonight’s game against the New York Rangers. Neither should come as a surprise but one is still a little frustrating.

Tonight, Oliver Wahlstrom and Braydon Coburn step out of the lineup from Sunday’s win in Philadelphia while Josh Bailey (who is now healthy enough to play) and Noah Dobson who was a healthy scratch last night.