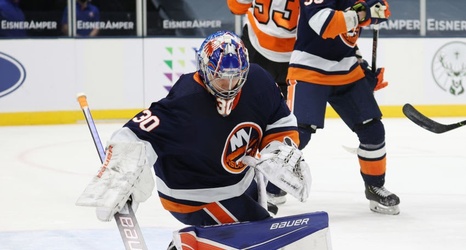 UNIONDALE, NEW YORK - MARCH 20: Ilya Sorokin #30 of the New York Islanders in action against the Philadelphia Flyers during their game at Nassau Coliseum on March 20, 2021 in Uniondale, New York. (Photo by Al Bello/Getty Images)

As part of the New York Islanders ongoing efforts to raise money for the Children’s Foundation, the Islanders are auctioning off autographed game-worn reverse retro jerseys online. Every member of the team has one up for action

Fans can bid for the jerseys through the month of April. The auction began on April 8 and is scheduled to run until April 24 at 11:59 pm.