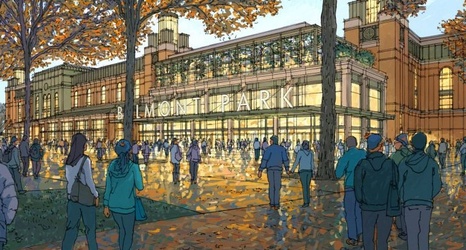 A $1.3 billion project intended to bring the Islanders back to Nassau County faces a critical vote Thursday that could result in work beginning as early as this month on a new arena and entertainment complex on state land at Belmont Park.

The six-member board of Empire State Development, the state agency overseeing economic development in New York, meets in midtown Manhattan at 3 p.m. and is expected to vote on final approval for the project.

Last week, the state Public Authorities Control Board approved ESD’s acquisition of the 43-acre Belmont property from the state Franchise Oversight Board, the agency that oversees the New York Racing Association.