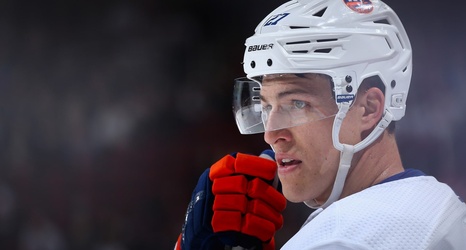 On July 1, 2019, the New York Islanders inked Anders Lee to a seven-year contract extension after missing out on Artemi Panarin. The plan, allegedly, was to bring back Lee and also sign Panarin but after Panarin bolted to Manhattan the Isles settled on just Lee.

Through 68 games, Lee had just 20 goals when the season shutdown, putting him on pace for 24 goals which is not worth the price tag of $7 million a year.

The shots were there, his shooting percentage just was way down. He attempted 195 shots, a pace of 235 shots which would've been the most in his career.