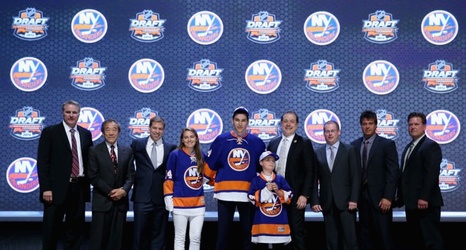 PHILADELPHIA, PA - JUNE 27: Michael Dal Colle is selected fifth overall by the New York Islanders in the first round of the 2014 NHL Draft at the Wells Fargo Center on June 27, 2014 in Philadelphia, Pennsylvania. (Photo by Bruce Bennett/Getty Images)

The decision was something of a surprise. Sure, Dal Colle was a replacement-level player on the team, but it seemed that Barry Trotz enjoyed having the former fifth-overall pick in 2014 as a depth piece for the team.