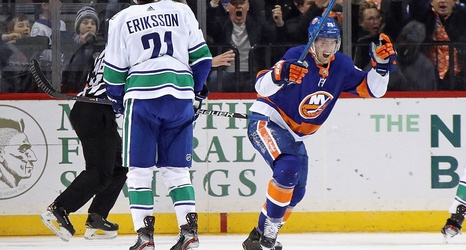 NEW YORK (AP) — Quinn Hughes scored twice, including his eighth of the season 42 seconds into overtime, and the Vancouver Canucks beat the New York Islanders 4-3 on Saturday for their fifth consecutive victory.

J.T. Miller and Tim Schaller also scored for Vancouver, and Jacob Markstrom had 34 saves. The Pacific Division-leading Canucks improved to 14-3-0 since Dec. 19.

“We are playing for each other right now and it shows,” Markstrom said.

Michael Dal Colle, Jordan Eberle and Brock Nelson scored for the Islanders in their third consecutive loss on home ice.