How Kieffer Bellows worked to make impact in Islanders debut 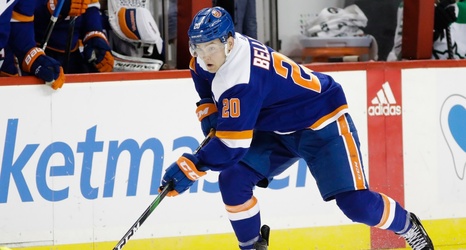 When the Islanders drafted Kieffer Bellows with the 19th pick in 2016, his father, former NHL player Brian Bellows, had one thing to say.

“First thing he said to me after the hug was, ‘The work starts now,’ ” the 21-year-old rookie told The Post after his NHL debut Tuesday night at Barclays Center in a 4-3 overtime win over the Stars.

The elder Bellows, who was picked second overall in the 1982 NHL Draft by the Minnesota North Stars (precursors to the Dallas Stars) and went on to have a 17-year hockey career, was speaking from experience.