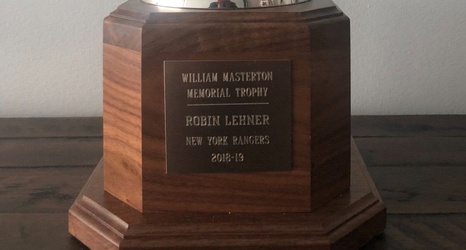 Talk about a bad typo.

Former Islanders goalie Robin Lehner had an award-winning campaign in his lone season on Long Island.

However, when he received the physical prize for winning the William Masterton Memorial Trophy for perseverance and dedication, Lehner discovered the plaque was engraved, “Robin Lehner, New York Rangers, 2018-19.”

Lehner, who signed a one-year, $5 million deal with the Blackhawks on July 1 after unsuccessful negotiations with the Islanders, sent out a picture via his Twitter account of the trophy faux pas on Saturday.

He commented, simply, “You had one job…” and ended it with the thinking face emoji.