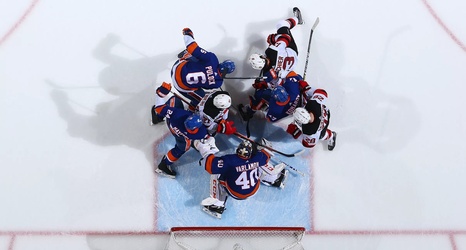 After beating the first-overall team in their rink on New Year’s Eve, the Islanders were supposed to return to New York for a New Year reward: a home date with the last-in-the-Metro New Jersey Devils.

The Devils spoiled the party at Nassau Coliseum, however, by generating plenty of offensive chances of their own while keeping everyone but Brock Nelson off the board.

Nelson opened scoring in the second period after a Leo Komarov goal was called off for interference:

Leo Komarov got called for interference.