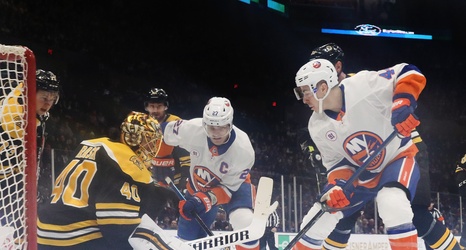 UNIONDALE, NY (AP) — The Boston Bruins are winning this season in every manner possible. Against the Islanders for a Long Island matinee, it was the goaltending of Tukka Rask and the offensive prowess of Charlie McAvoy.

McAvoy had a goal and two assists and Rask made 25 saves as the Boston Bruins routed the New York Islanders 4-0 on Saturday. The league-best Bruins improved to 41-13-12 for 94 points. The Islanders lost their third straight following a two-game winning streak.

David Pastrnak opened the scoring at 4:30 of the first period, beating Islanders netminder Semyon Varlamov with his league-leading 47th goal of the season.