[Bits] Roberto Luongo to the rafters (in Florida) 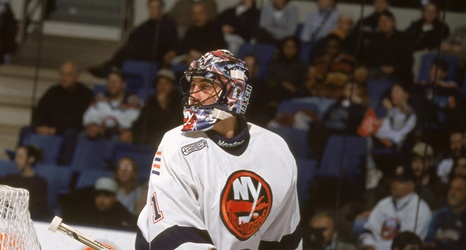 As a goalie bound for the Hall of Fame — minus a voter-imposed waiting period for “not winning it all,” no doubt — Roberto Luongo was iconic in two places. He should have been iconic in only one; with a little patience, those other two wouldn’t even be factors.

Judging by his NHL debut, the New York Islanders made the right move in making Roberto Luongo the highest drafted goalie in NHL history.

Luongo, the Islanders’ first pick and fourth overall in 1997, stopped 43 shots to lead the Islanders past the red-hot Boston Bruins 2-1 on Sunday night.