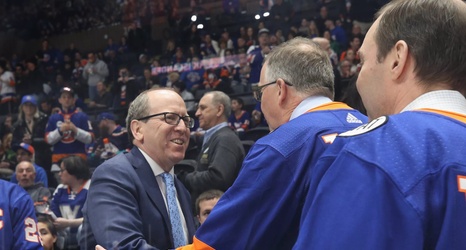 The Islanders’ new arena at Belmont, and the development of its surrounding areas, received its final stamp of approval today, courtesy of the Franchise Oversight Board.

Okay, it's all done. Islanders' Belmont project has its final approval, from the FOB. Next up, the developer needs to finalize a lease with ESD and obtain the proper permits to officially start work.

As you can see in the tweet above the one declaring its approval, the meeting apparently went off without a hitch. Newsday’s Jim Baumbach, who also live-tweeted the webcast of the ESD approval meeting, started and ended this thread in under a half hour.