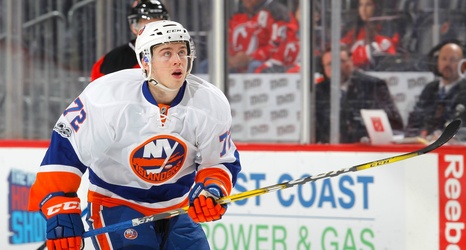 PHILADELPHIA (AP) — The New York Islanders have played almost flawless hockey for over a month.

On Saturday night, they had a perfect response in the third period to keep their dominant run going.

Anthony Beauvillier scored twice during New York’s three-goal, third-period rally, and the Islanders beat the Philadelphia Flyers 4-3 in a shootout.

Beauvillier and Mathew Barzal combined to erase a 3-0 deficit in the final 13 minutes of regulation, and Jordan Eberle and Barzal scored in the shootout.

“We just wanted to make something happen,” said Beauvillier, who has scored four goals in the last two games and six on the season.