Bailey, Greiss Help Islanders To Hold On To Beat Rangers 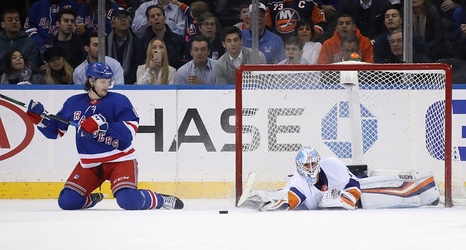 Anders Lee, Anthony Beauvillier and Brock Nelson also scored, and Mathew Barzal had two assists to help the Islanders head into the All-Star break with their second win in eight games (2-4-2). The Islanders got their first win against the Rangers in the teams’ third meeting in nine days.

Greiss improved to 5-0-1 in eight career games against the Rangers.