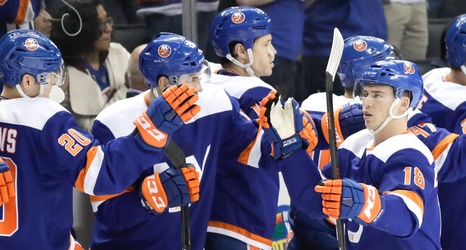 The Islanders began Tuesday night’s matchup with the Stars the same way they have several other games this season.

Outshooting their opponent by a gaping margin, controlling the pace of play and still emerging from the first period in deadlocked game. But as Islanders coach Barry Trotz has recently said, nothing has been coming easily. Struggling yet again to continue their heavyweight play after the opening 20 minutes, the Islanders came from behind to beat the Stars 4-3 on Anthony Beauvillier’s second goal of the night, a breakaway in overtime.