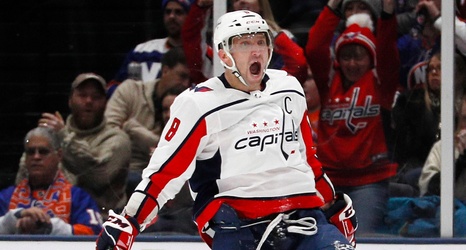 Capitals captain Alex Ovechkin infiltrated the top 10 of the NHL’s all-time scoring list Saturday at the expense of the Islanders.

The 6-4 loss to the Capitals at the Coliseum was the second harrowing defeat in as many games for the Islanders. And it was Ovechkin who anchored Washington’s come-from-behind victory, recording a hat trick for the second consecutive game and pulling even with Red Wings legend Steve Yzerman as the No. 9 all-time scorer.

“You look where the game was when Alex and [Sidney Crosby] were brought into the forefront and then you look at his career,” Islanders coach Barry Trotz said prior to the game.