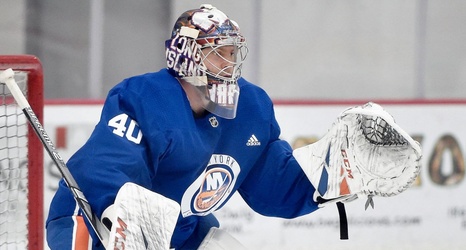 OK, replace is not the right word. But the often-injured Varlamov, who signed a four-year, $20 million deal, has big skates to fill after Lehner, now with the Blackhawks on a one-year, $5 million deal, was a Vezina Trophy finalist in his one season on Long Island and shared the Jennings Trophy with Thomas Greiss as the Islanders allowed the fewest goals in the NHL.

The continued development of Mathew Barzal and Devon Toews

They are the Islanders’ most dynamic young players and both figure to develop through sheer experience.