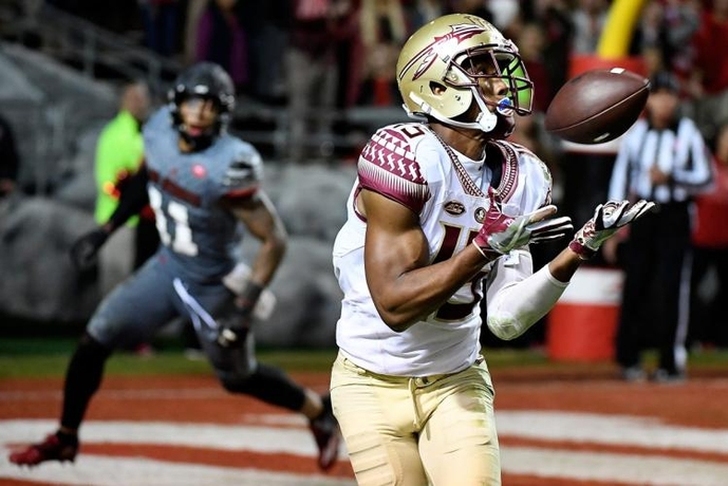 The 2017 NFL Draft is complete and the New York Giants have already landed a few coveted undrafted free agents. NFL teams start trying to sign these UDFAs the second the draft ends, and sometimes even sooner, although all of the moves typically won't officially be announced for a few days.

We have every player the Giants have signed below. We've also included a brief write-up about the more notable additions.

It's a small class so far for the Giants, but it's full of big names. The biggest is Travis Rudolph, who I thought for sure was going to be drafted. He'll have to prove he can help on special team to make the roster, but he has the ability to supplant someone like Roger Lewis.

The two offensive linemen in Jessamen Dunker and Chad Wheeler won't have an easy time making the roster, but they'll have a shot. Both were players I thought would be drafted, with Dunker as a guard and Wheeler's position still unclear. Dunker is raw, while Wheeler might end up at tackle, guard or even center. He's built like a tackle, but injuries and a lack of athleticism mean he might be destined for inside work.

Jones has plenty of talent, but there are questions about his passion, work ethic and injury history. If the Giants can get through to him, he could end up as a great UDFA pickup. At 6-foot-6, 316-pounds, he should be a 3-technique for the Giants. He's someone to watch during training camp. Keep an eye on Evan Schwan too.

Both Munson and Jadar Johnson are players to watch as potential special teams options. Neither will likely end up as starters, but they could find a way to make the roster.

Follow our New York Giants team page for all the latest Giants News or download the Chat Sports App!